Maxwell–Boltzmann distribution models the distribution of speeds of the gas molecules at a certain temperature: 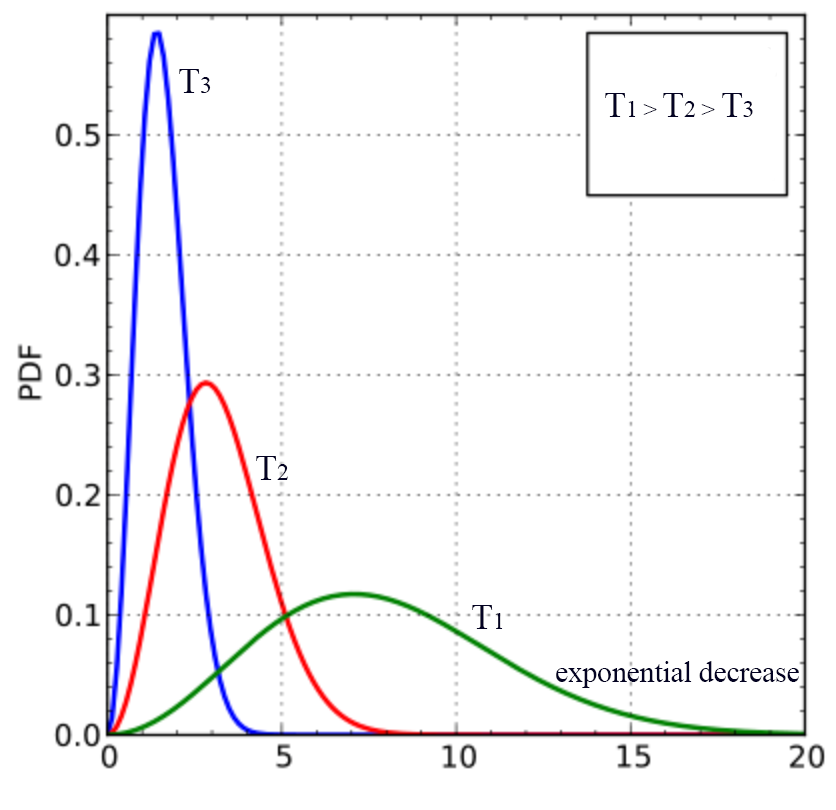 Here is the Maxwell–Boltzmann distribution equation:

In Maxwell–Boltzmann statistics, the probability distribution is defined using an energy function :

Z is sum from all possible states and it is called the partition function. It renormalizes the probability between 0 and 1.

A Boltzmann Machine projects an input data from a higher dimensional space to a lower dimensional space, forming a condensed representation of the data: latent factors. It contains visible units () for data input and hidden units (blue nodes) which are the latent factors of the input . All nodes are connected together with a bi-directional weight . 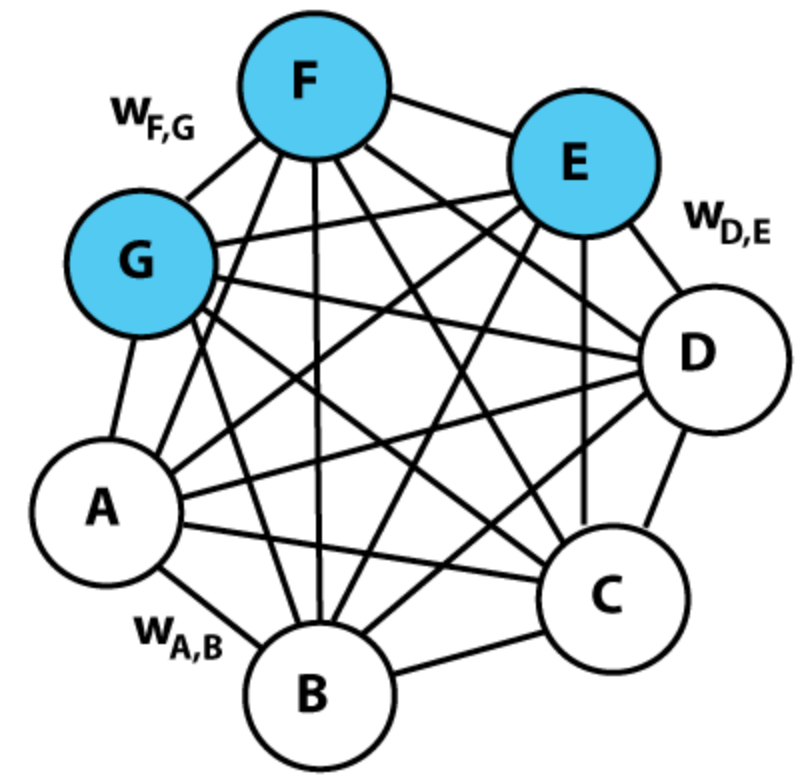 The energy between unit and is defined as:

Hence as indicated, the energy is increased if and is wrong (. The likelihood for decreases as energy increases.

The energy function of the system is the sum of all units:

The energy function is equivalent to the cost function in deep learning.

Using Boltzmann statistics, the PDF for is

where are all the neighboring units.

The energy function for an RBM:

Probability for a pair of visible and hidden unit:

where the partition function is:

Probability for a visible unit (summing over all neighbors):

And during training, we can adjust the weight by:

To calculate , we sample an image from the training dataset, the binary state is set to 1 with probability:

To calculate is hard because is unknown.

One possibility is to use Gibbs sampling (which will not be covered here). The other is to use approximation and becomes:

First we pick from the training samples. Then the probability of the hidden units are computed and we sample a binary value from it. Once the binary states have been chosen for the hidden units, a reconstruction is produced by the .

To train the biases, the steps are similar except we use the individual state or instead.

which is also the expected energy minus the entropy:

where is the total input to hidden unit .

The free energy of RBM can be simplified as:

where is the probability distribution formed by the model.

(Without proof) We combine with the gradient from the last section, :

So we sample an image from the training data as and compute . In practice, will show resonable result already.