A decision tree is a binary tree: 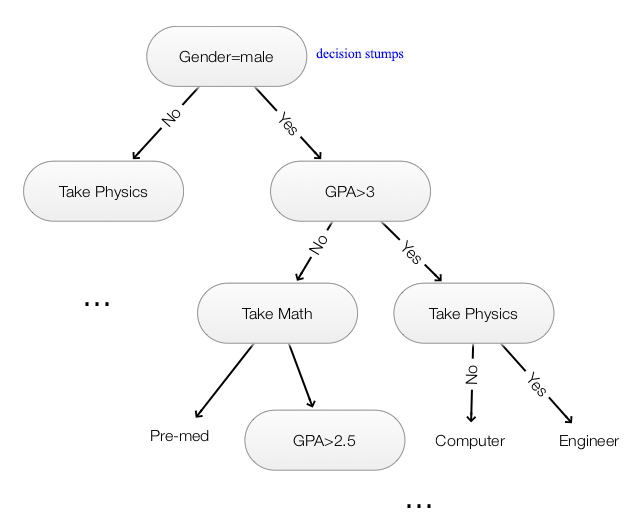 Splitting based on entropy

In decision tree, we want a split that make data most predictable. Therefore, we are going to pick a rule that have the highest drop in entropy.

For the sub-node Female, 40% goes to the engineer school. So .

For the sub-node Male, 55% goes to the engineer school. So .

We can make another calculation with another splitting rule like (GPA>3.0). The one with the highest weighted Gini should be used for the splitting.

Chi-square for Female as engineers:

Chi-square for Female not as engineers:

The total chi-square is :

The final split rule is to pick one with the highest total chi-square.

We start with a shallow decision tree and gradually increase its depth to improve the model accuracy. However, at some point, we start overfitting the model and hurting the generalization. Finding a balance between overfitting and model complexity can be hard. Alternatively, we can adopt a simpler model and push the accuracy by not taking decision from just one model but many models. Even each model makes some mistakes, the chance that all make the same mistakes is small. Hence we ensemble simpler models to avoid overfitting and later combining all results to make a much accurate prediction.

To avoid overfitting, we ensemble many simpler models to make predictions. We start with a training dataset to build the first model. For the next model, we sample the training datasets giving more weight on those mislabeled datapoints. This force the next iteration to address what we miss in our first model. After many iterations, we build many different rules that when combined becomes very powerful. 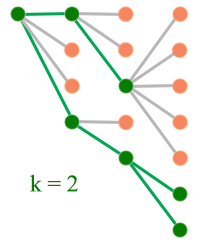