Image in this section is taken from Source Max Jaderberg et al unless stated otherwise.

First, it uses cheap classifiers to produce high recall region proposals but not necessary with high precision. Later, it introduces methods to reject more false positives. A proposal is consider a true positive if it overlaps with the true value by a threshold value:

It uses a threshold as low as 50% which may generates many false positive. 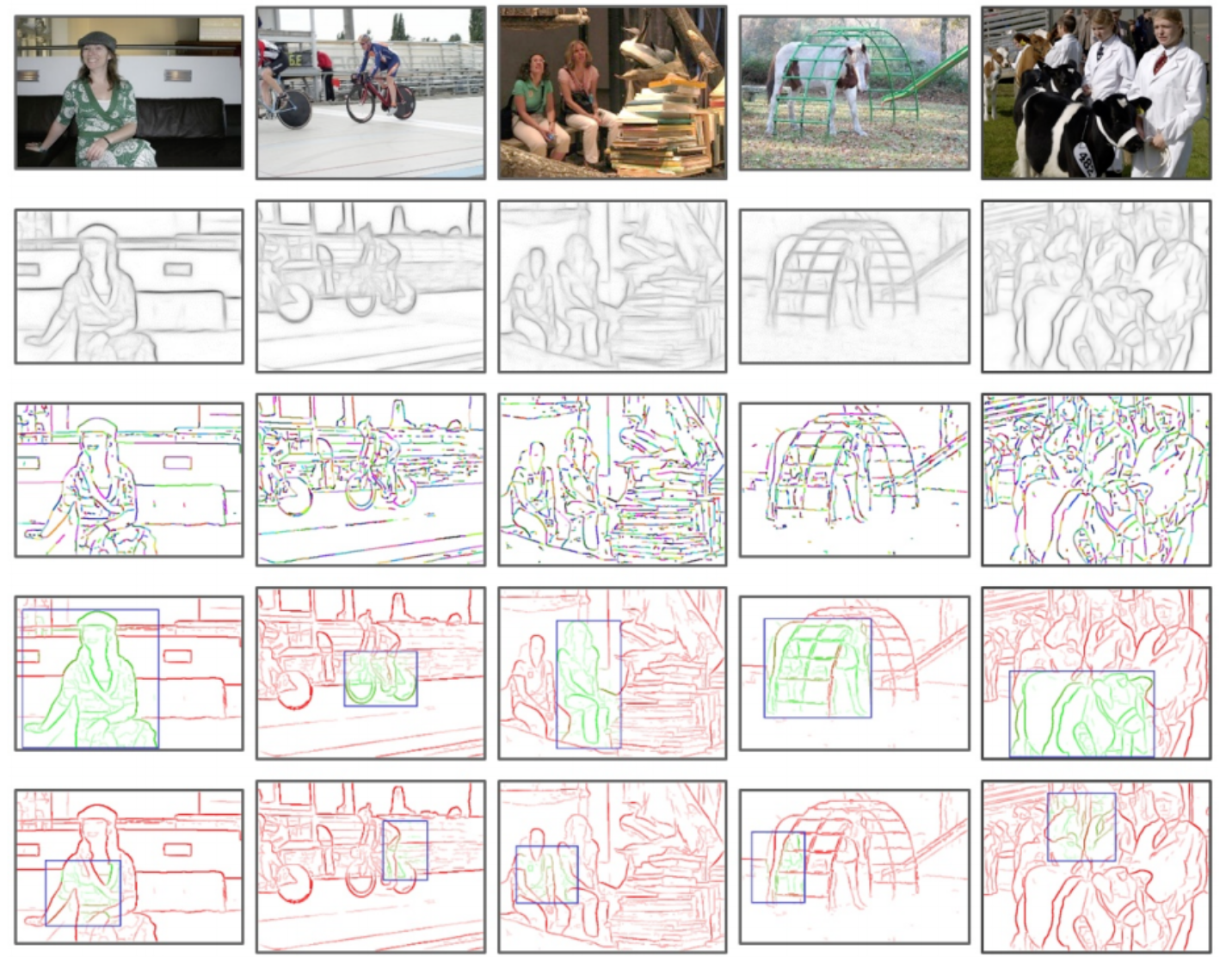 Thousands of bounding boxes are generated in the proposal generations which many are false-positive. It uses 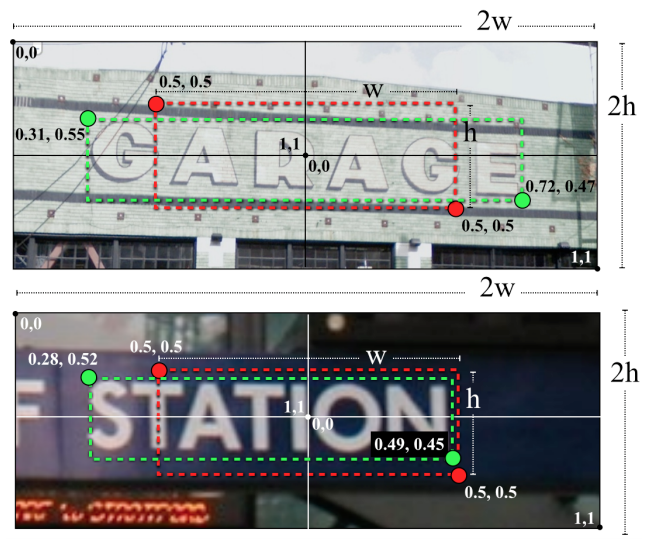 \(P(w \vert x)\) is modelled by the softmax output of CNN by resample the region to a fixed height and width.

and the language based word prior \(P(w \vert L)\) can be modelled by a lexicon.

It may still contain false positives and duplicates, so a final merging and ranking of detections is done. (text spotting)

For each bonding box:

It performs multiple rounds of bounding box regression and NMS to refine the bounding box. Performing NMS between each regression causes similar bounding boxes to be grouped as a single detection. This causes the overlap of detections to converge on a more accurate detection.

Image in this section is from here

Use Maximally stable extremal regions in OpenCV for word detector.

If the score was somewhere in the middle, it runs through a lexicon generated from the Oxford English Dictionary, applying different transformations between and within word prediction boxes, attempting to combine words or split them using the lexicon.

Recursive Recurrent Nets with Attention Modeling for OCR in the Wild, Chen-Yu Lee 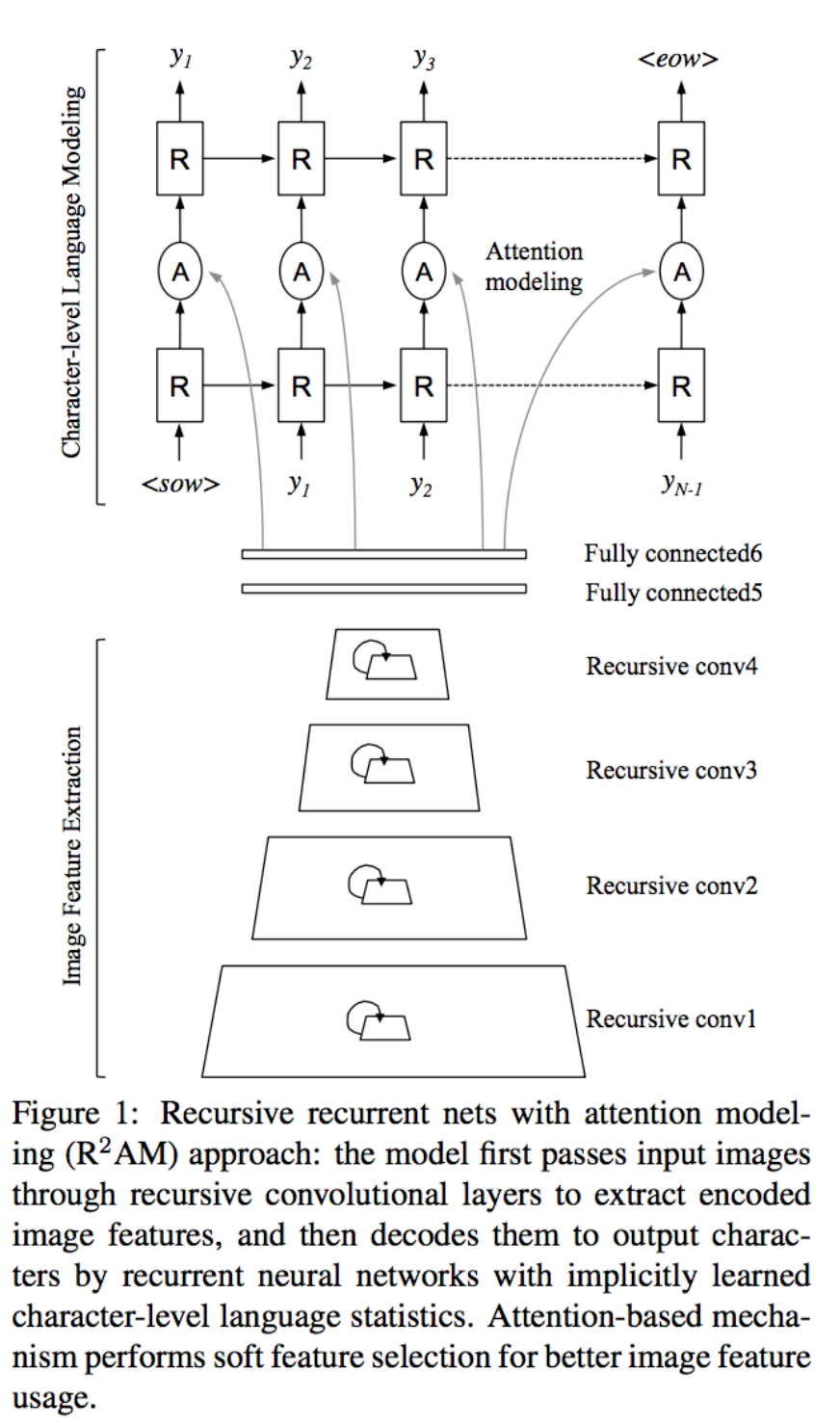